The sun had just started to rise beyond the rolling hills of Southern Virginia when Roger's weather-beaten FJ Cruiser rolled into the North Paddock of Virginia International Raceway. Waiting for him in the far corner were Texan Prelude performance guru Billy Howell, friendly JDM Type S pilot Khai Ngyuen, and CMP Racing owner-driver Ross Shull. And in that same paddock space sat, for the first time in 8 years, ProjectCRX's yellow CRX Si. 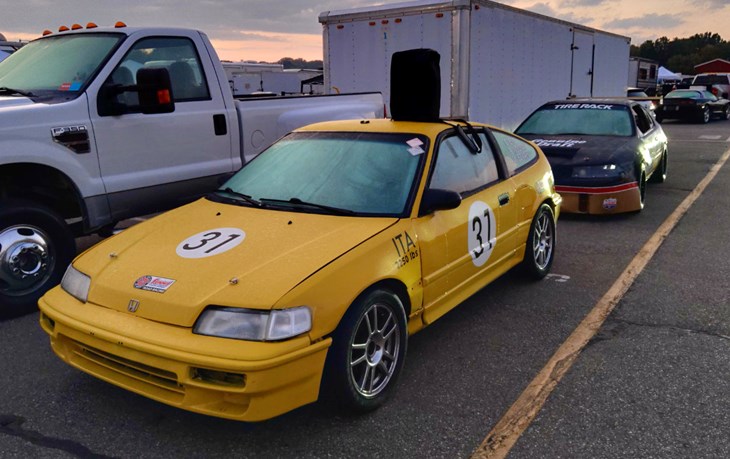 It was a long awaited return to VIR for ProjectCRX, one that would come entirely by accident. The trip was originally planned as a track day meetup for the Honda Prelude Racing Group, with Roger introducing the StudioVRM.Racing Prelude to VIR at NASA Mid-Atlantic's annual Hyperfest. But a still-unresolved engine oil leak sidelined the green Honda, prompting Roger to swap to the freshly straightened CRX at the very last minute.

Due to the last-minute nature of the swap, there was no time to do any real preparation. The team gathered three racing seats' worth of padding material so Roger could sit high enough to see over the steering wheel. There was just enough time to do an oil change, install a new set of Hawk DTC-60 pads, and glue a Honda Prelude badge that Martin bought to help the CRX "blend into the crowd". 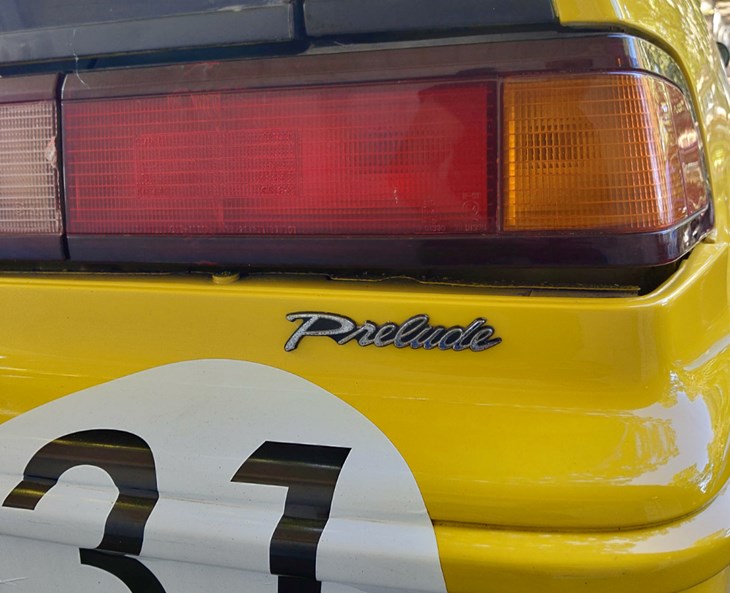 And then it was off to the fastest track in the Mid-Atlantic with a driver who hadn't driven the CRX in over a year. What could possibly go wrong?

NASA Mid-Atlantic's Chief of Instruction was no doubt thinking the same thing when Roger told him that it was his first time at VIR. The HPDE 3 group at Hyperfest tend to be fast and packed full of cars. To say that it isn't the best environment for a new driver in a 109 hp car is a bit of an understatement. "See if you can follow someone" was all he could say, mouth agape at the foolhardiness of the grinning idiot in the yellow CRX.

Undeterred, Roger lined up the car at the back of the line in the DE 3 group and took to the track to find himself in completely unfamiliar territory. Martin, Cessna, and Andy had warned Roger about VIR's rolling elevation changes, but they had made no mention of the undulating surface. The various bumps and dips through the first turn yanked our yellow CRX towards the inside kerb from the very first lap, leading to a hairy tail-out moment during the out lap. The Uphill Esses were a bizarre, counter-intuitive mess and the roller coaster section at the end was simply terrifying. There would be lots of learning to do this weekend. 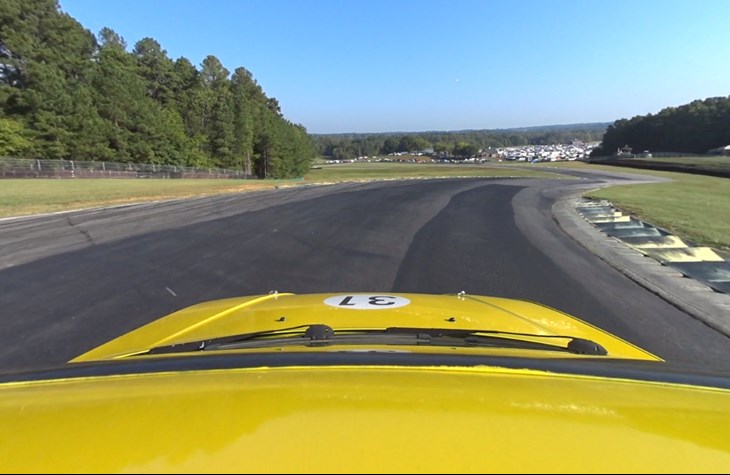 Billy was having similar amounts of trouble in learning the track in his Golf R street car. He described the first on-track session as a "demoralizing experience," to which Roger could only nod in agreement. Both of them have 10+ years of wheel-to-wheel racing experience. Learning new tracks was nothing new for them. And yet, the hilly compound corners and blind braking zones on VIR's full course was something that neither of us had experienced before.

Ross, the VIR veteran of the group, wasn't surprised. The normally sarcastic Champcar racer gave us a genuinely sympathetic smile as he explained that even he learns something new every time he drives the full course. Hearing this from a driver who with thousands of laps under his belt gave us a small crumb of comfort.

At least the CRX was reliable. So reliable, in fact, that Roger had nothing to do between sessions. It took all of 15 minutes before he got bored and wandered off in search of something to do. Fortunately for him, the Prelude-driving quartet of Chris, Kevin, Kyle, and Simon had also made the long drive down from Ohio. And the affable Kyle had plenty of brake-related issues to address on his turbocharged 4th gen. This brought tremendous relief to the more socially awkward members of the group as we happily eschewed small talk in favor of some light wrenching. 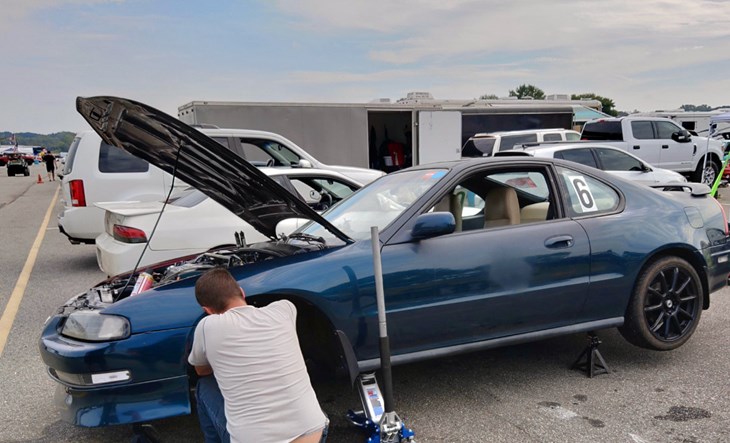 In between brake bleeding sessions, Roger wrung ProjectCRX around the 3.2 mile track as he struggled to grasp the flow of its compound corner complexes. VIR's full course layout is chock full of unintuitive quirks. What appeared to be high-speed corners would turn out to be hard braking zones. What looked like slow, steep descents would demand full throttle when you least expect it. VIR's corner workers were probably wondering why the driver of the yellow Honda was giving himself so many facepalms through his white Arai helmet.

Well, I'm not turning right when the track goes left, so that's good.

To add to the annoyance was a rear end vibration that got steadily worse throughout the day. Eventually the vibrations became so intense that Roger couldn't see out of the driver's side mirror He thought he had flat spotted the Hoosier A7s on the rear end of the car, but a visual inspection revealed nothing out of the ordinary. What was going on?

It took a few vibration-filled laps before Khai finally figured out what was happening: We were picking up tire clag. And it wasn't coming from the cars on track. 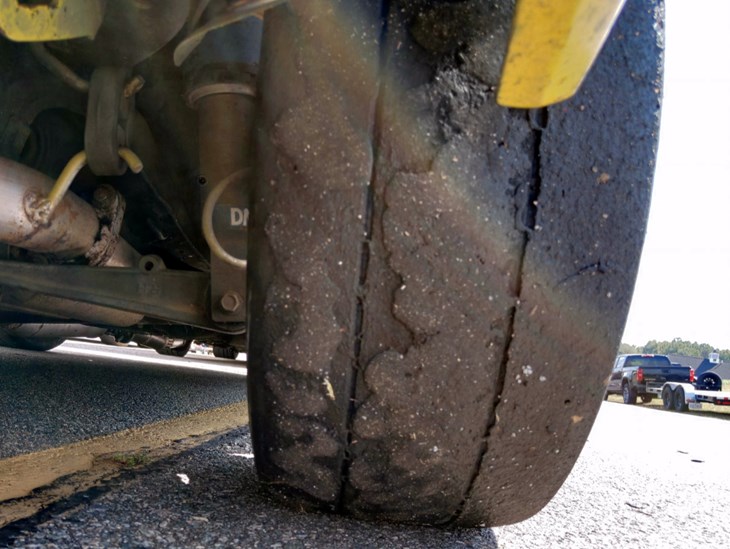 Hyperfest is an event for motorsports enthusiasts of all sorts, including everyone's favorite smoky sideways showmen: drifters. Under normal circumstances, the drift drivers would be in their own track, far removed from the main course. But at this event, the drift course happened to be about 50 feet away from the track, overlooking Turn 4 from an elevated plateau. As a result, the faster drifters would launch chunks of used rubber onto the racing line at Turn 4. The CRX was just wouldn't heat up the rear tires enough to scrub off the rubber pickup. Roger was too lazy to scrape the excess rubber after each session, so he did the next best thing - just ignore it.

There was also an intermittent smoking issue, but we knew exactly where that was coming from. Roger forgot that our CRX has an undersized oil pan that limits its D16A6 engine's oil capacity to just under 4 quarts. Overfilling the oil on a D16 is a non-issue unless the driver lets off the throttle - Something that happened more and more often as Roger had to lift to let faster cars past. At one point he lifted to let a Miata by, and the car produced such a dramatic smokescreen that he came in and hid in the paddock before one of the officials could come over to yell at us.

Smokescreens and vibrations aside, the CRX proved to be a reliable track companion. The DMS rally suspension took the edge off of VIR's undulating surface and harsh kerbs, making it easy to clock consistent, repeatable laps. The only thing that would stop it was a late-day puncture in the right rear tire. Fortunately, we had brought a set of SM7s mounted on spare wheels.

Day 1 of ProjectCRX's return to VIR ended peacefully, with Roger enjoying a conversation and a beer with Ross and his wife in a darkened North Paddock while watching inebriated attendees roam the paddock in a train of illuminated golf carts. It was a good day. It was the shakedown that we wished we had 8 years ago.

If Day 1 was smooth, Day 2 could be called absolutely flawless. Our team's yellow CRX glided across the green and yellow kerbing effortlessly as its driver became accustomed to flinging it through the hills of VIR. Switching to Hoosier SM7s seemed to have made the car more stable as well, making Roger question whether there was something wrong with the A7 takeoffs when Martin had raced on them. No matter. The important thing was that the car was working.

Even at 8/10ths, our yellow CRX was as sharp and predictable as any racecar Roger had ever driven. Sure, it felt like it was using only half the tread on the rear tires and the exhaust made more noise than power. But it felt good. At some point in the afternoon, the car managed a lap time in the high 1:26's - Far from competitive race pace, but not bad for a fun run with a driver who hasn't been behind the wheel of the yellow Honda in over a year.

The whole crew breezed through the rest of the day, sharing a few laughs and some more light wrenching between track sessions. Between sessions, Khai, Roger, and Kevin went trackside to watch Ross terrorize unsuspecting DE drivers in the CMP Racing MGD Prelude. Simon quietly broke out his camera kit and snapped some amazing action shots of our cars. Among them was this photo of our humble little CRX, which put the battle-hardened Honda in the best light it's seen in a long, long time. 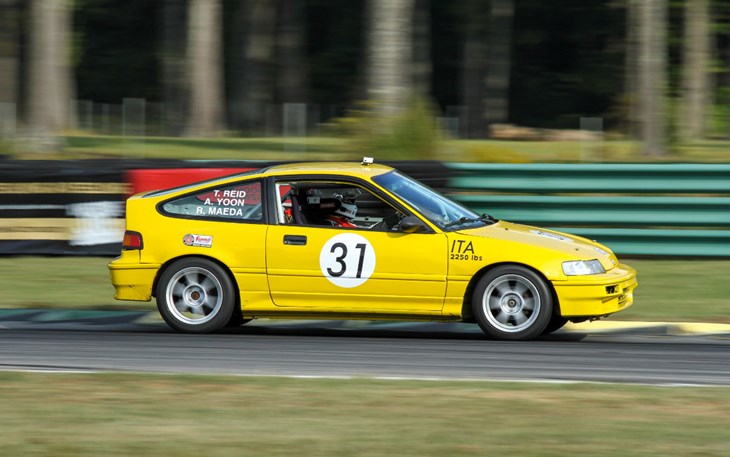 As the group prepared to pack up and head to dinner, Roger couldn't help but smile at the boxy yellow sports coupe on trailer behind him. Eight years ago, we were standing around a recalcitrant mess of a car, wondering if it would even make it to its first race. Now, we had a consistent podium finisher that was reliable enough to handle long-haul trips without as much as a hiccup. 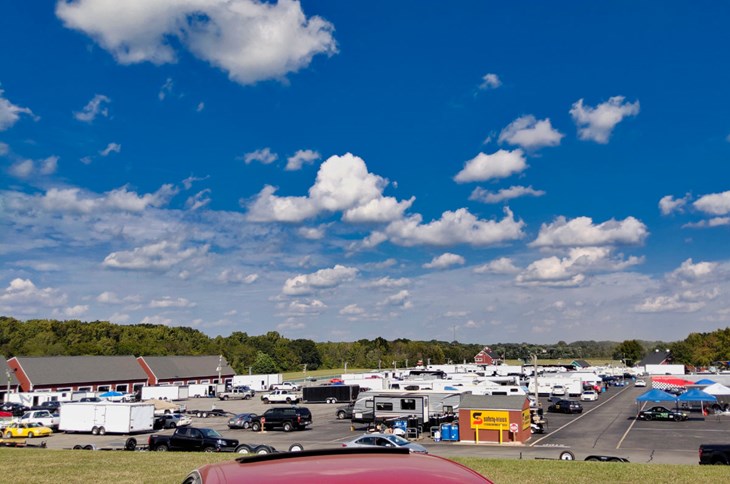 Perhaps ProjectCRX could return to VIR again next year, with the team members that endured that miserable first shakedown. Or maybe we could enter the CRX in its first VIR sprint race.

Because if nothing else, the weekend proved one thing - ProjectCRX is ready to race.