Which yellow do we want?

One of the last items on the team's winter to-do list was to repaint the CRX. In addition to being weathered from 8 years of outdoor use, most of ProjectCRX's body was covered by the tell-tale dents and scratches from wheel to wheel racing. And that's not counting the three new primer-colored panels that we installed in the fall. 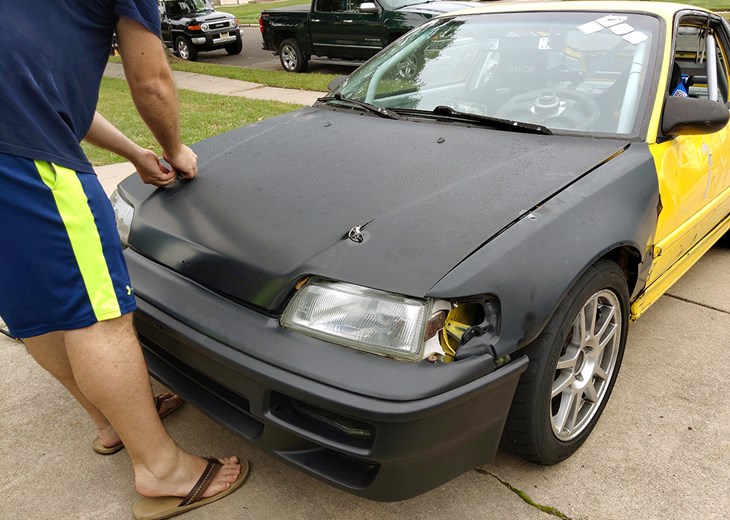 So of course, that raised the question - What kind of livery should we run on the CRX? We wanted to keep the iconic yellow base of our original project car while adding some highlights and shapes to make it stand out. Most importantly, we wanted something unique.

Cessna and Roger fired up the livery designer in Forza and started designing concepts. The results were solid 1.5-star efforts: Perfectly acceptable to anybody who hasn't been blessed with the gift of sight. Andy and Martin suggested recoloring some vintage liveries and found that they were all too recognizable by any car enthusiast.

Because we were getting nowhere fast, Martin commissioned the design skills of his girlfriend, a talented artist known professionally as "Luna". Mostly because that's her name. Racecar livery design was a new challenge for Luna, but she gave it a go nonetheless, producing a colorful range of concepts that instantly captured our imagination.

We took our favorite of the lot, and with Cessna's steady hands in Forza Horizon 4, produced this sharp number: 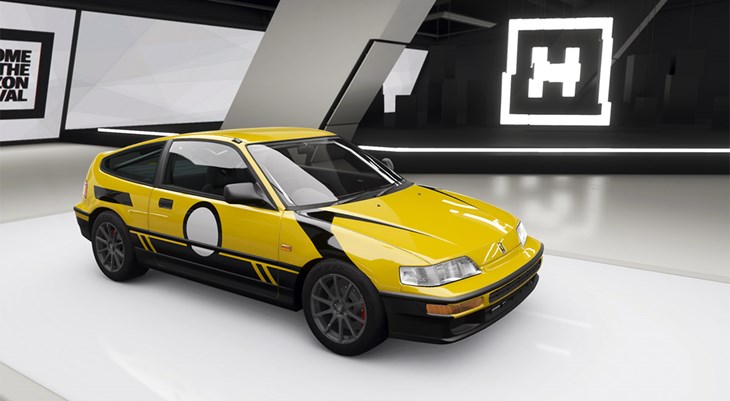 It was the perfect design for ProjectCRX. The thin black angles on the hood evoked the sharp, insectoid features of the race-winning Jordan-Mugen 199 F1 car while the striped-yellow bands on the sills looked like construction tape - A not-so-subtle reminder that this project car would always be a work in progress.

With that settled, Martin rented a U-Haul trailer and pulled the CRX to the local Maaco to freshen up the yellow. There would be no show-car paint job for this Honda - Now that the car is more competitive, the possibilty of on-track incidents is even greater. We need to make sure that we could repair and re-paint body panels cheaply in the event of another incident.

Maaco took the job on in stride, accepting that we wanted a car that looked good at 50 feet and 50 mph. They handed Martin a color swatch and asked him what shade yellow we would like the car to look like. 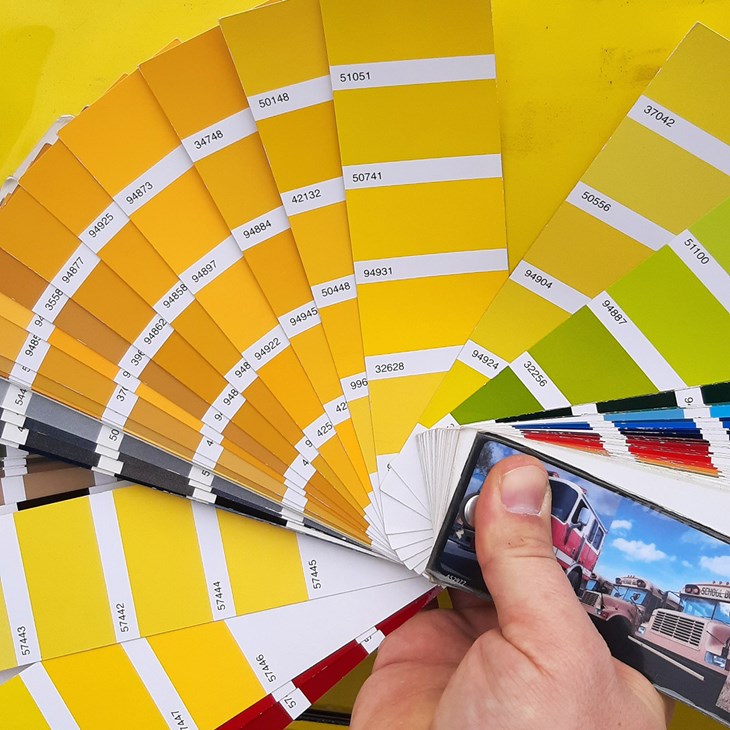 Andy, Cessna, and Roger took some blind guesses before realizing that neither Martin's Samsung Galaxy smartphone nor our gaming-oriented desktop monitors were calibrated to produce any sort of lifelike color. The four of us then decided that this was a pointless exercise and left the decision to Martin.

And so, ProjectCRX now sits safely in the hands of America's favorite paint shop. In a week's time, we'll know how the CRX responds to its Maacover.

In the meantime... anyone know of a good vinyl shop in the NY/NJ/PA tri-state area?