Why don't you build the car here?

It's one thing to have an idea. Making it a reality? That's something totally different.

While the five of us had the ideas and the enthusiasm, we lacked the facilities and experience. We needed to find someone who could help guide us. Fortunately for us, that someone found us first. 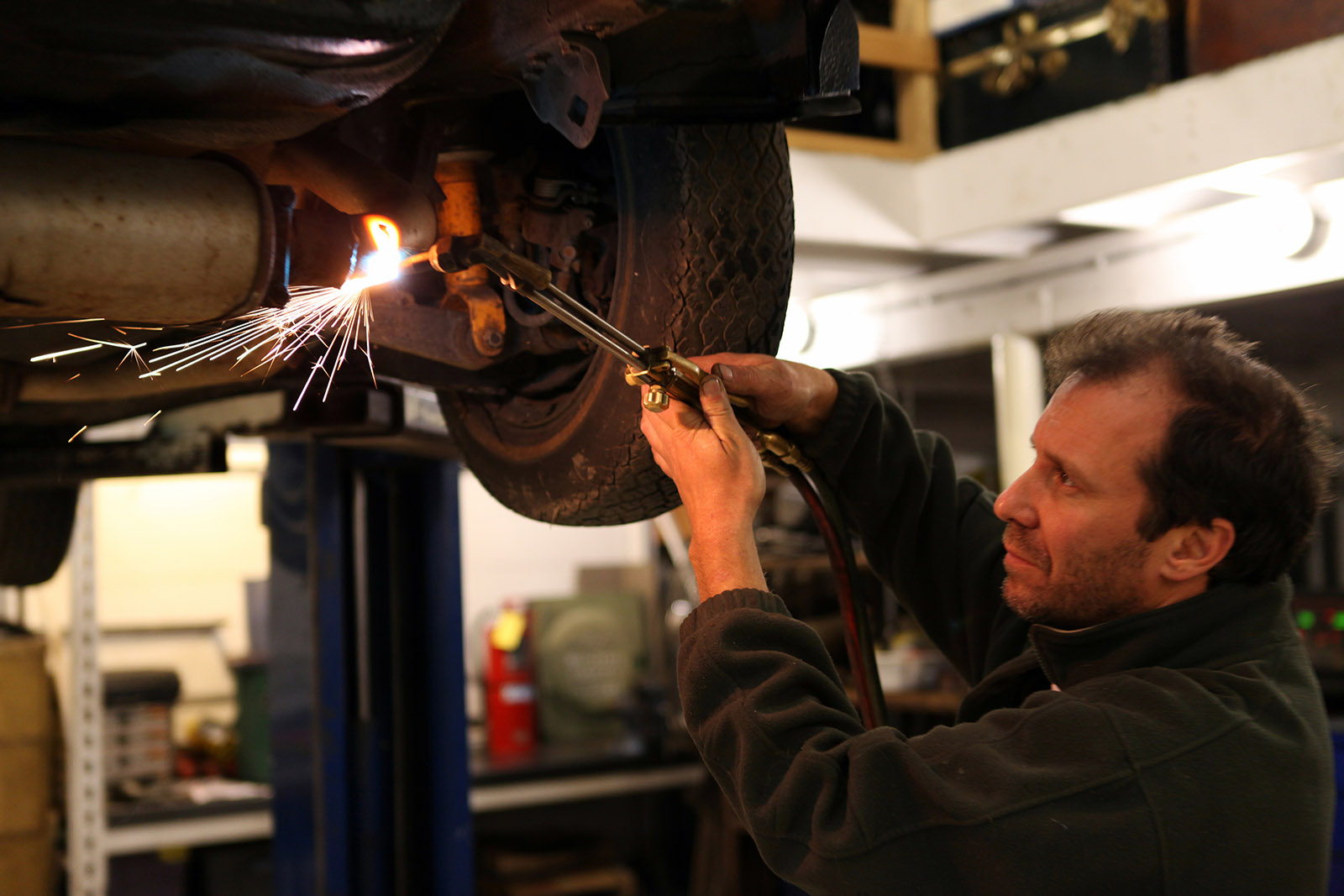 In a way, Charlie Greenhaus was an integral part of the team before it was even formed. As the owner of racecar prep and rental shop Entropy Racing, Charlie was a ubiquitous presence across track events up and down the East Coast. Cessna, Sean, and Roger had earned their race licenses at one of Charlie's competition race schools. Ever since then, he remained a close friend and trusted advisor to the group. 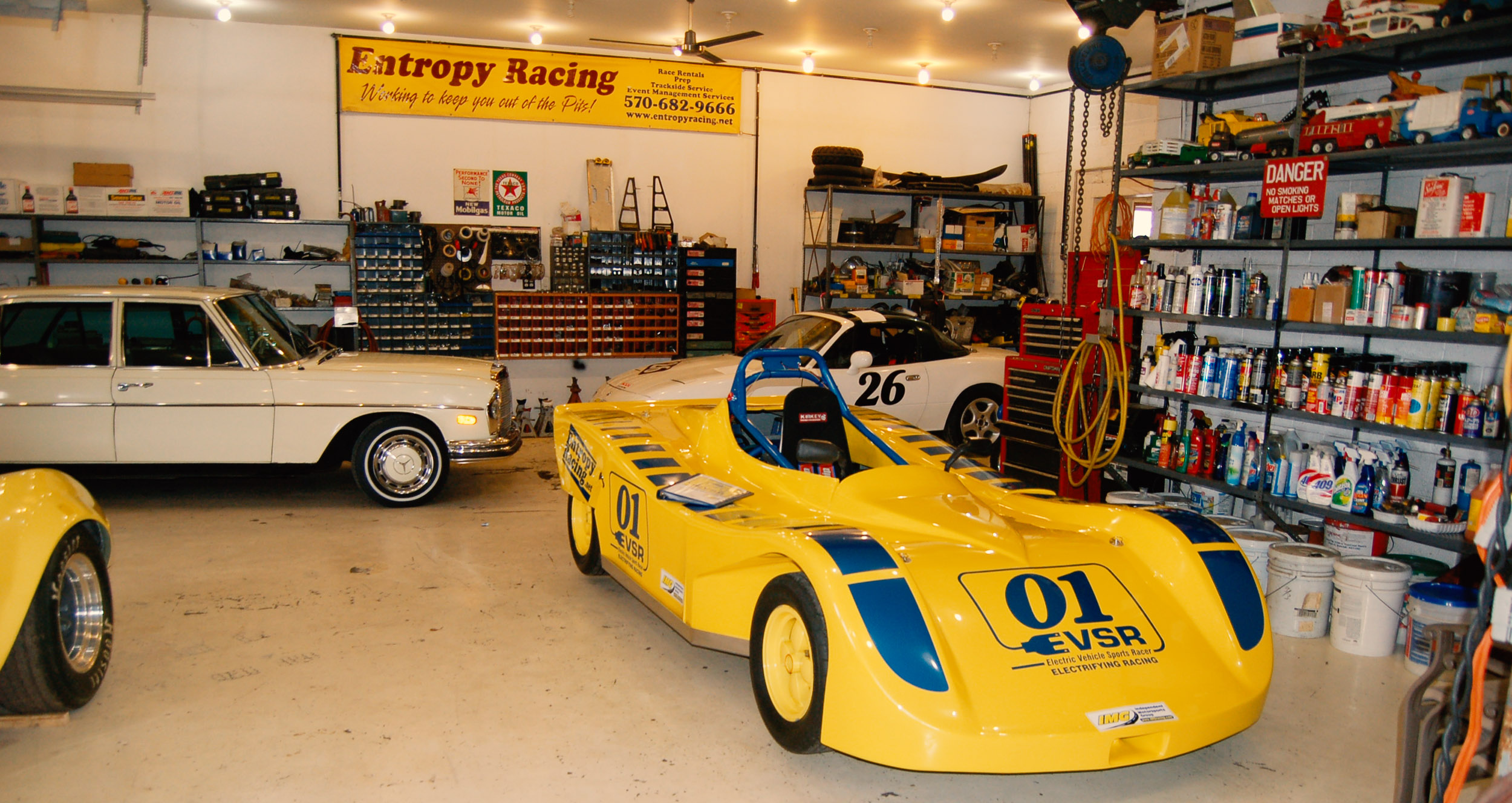 In the winter of 2011, Charlie decided to branch out from his racecar rental business and started sanctioning high performance driving events under the Independent Motorsports Group banner. The group of five volunteered for key roles in preparing for running these events, taking 3-hour drives to Entropy Racing's shop to spend every waking minute working on the next big event. We loved it.

Entropy Racing HQ is a veritable paradise for high performance car enthusiasts. Charlie's electric personality, wealth of motorsport experience, and generous nature turned what should have been grueling unpaid labor into lively knowledge-sharing sessions peppered with group wrenching sessions. His sprawling workshop had every tool you could possibly need, and the garages contained some of the most unique four-wheeled machinery you could find anywhere.

When Roger called to ask Charlie for his help in installing the new powertrain, he countered with a surprise proposal that would completely change the direction of the project

Why don't you build the car here?

He offered to open Entropy Racing's workshop doors to the team, effectively letting us use his facilities for free. We would even get his expertise and the skilled mechanical hands of his chief mechanic, Dale Wiest, when they weren't busy working on customers' cars. In return, we would brand the car in IMG livery and use it to showcase the friendly, competitive image of the sanctioning body.

Roger's first reaction to this overly generous offer was to refuse. It seemed like a huge imposition on someone who was already hosting racecar-themed sleepovers for us every weekend. Fortunately, Sean, Martin, Cessna, and Andy were more realistic about the prospects of going it alone and forced Roger to change his mind. A quick phone call back and Charlie was officially part of the team.

His first words of advice for the team was a big a curve ball as his earlier offer:

Don't buy an engine. Buy another whole car. Then we can swap the cage over to it.

It turns out that most racecars endure a pretty hard life during their active careers. The wrinkled fenders on our rolling chassis showed that our new acquisition was no exception. Rather than installing a used engine into a beat-up body, Charlie suggested that we look for an undamaged, street-driven CRX Si and move the cage over to the new car.

So once again Martin and Sean put their car-finding skills to work and found a 1990 CRX Si project car in Maryland that needed a new home. This example came in a rare three-tone color scheme with features such as aero-friendly corner marker deletes. It also had a mystery fuel system problem that we would later find out was caused by a gas tank that contained more sediment than gasoline. 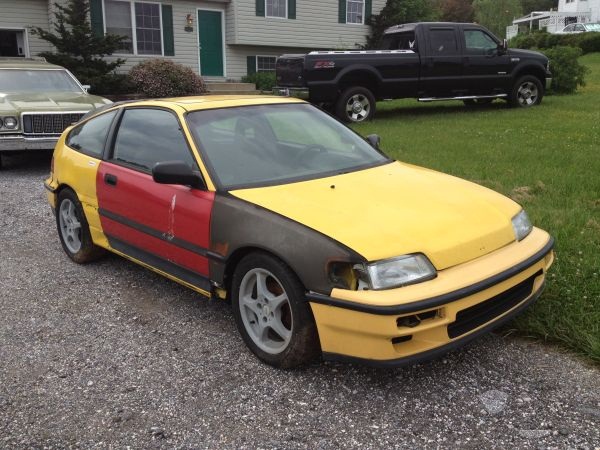 Thanks to these features though, it was affordably priced. So the team arranged for Martin, Andy, and Charlie to check the car out, brining an empty trailer in case it looked like a suitable donor.

Later that afternoon, this photo appeared in the team's group chat:

The second CRX, complete with its powertrain and multi-colored exterior, was ours. By eveningtime, both cars were at Charlie's workshop. Our idea was quickly becoming a reality. And it was time to get wrenching.